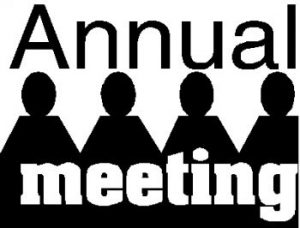 The Annual Meeting for New Dimensions FCU is scheduled for Saturday, March 31, 2018, at the Winslow VFW Banquet and Conference Center. A light continental breakfast will be served at 8:30 am with the business meeting beginning at 9:00 am.  Anyone interested in attending will need to pick up their ticket(s) at the Waterville or Augusta credit union locations beginning Monday, March 5, 2018. If you are not able to stop by either location to get your ticket(s) simply call 207-872-2771 and we will gladly send them to you. Although there is no cost to attend the session, seating is limited, so please reserve your tickets early so we can plan accordingly.

The terms of Jeannine DeRosby and Leonel Breton will expire at the upcoming Annual Meeting. Both DeRosby and Breton have decided to seek re-election. Also, Gerald Harrington had been appointed by the board of directors to fill the vacancy left by Matthew Poulin until the next Annual Meeting. The nominating committee has nominated Jeannine DeRosby, Leonel Breton and Gerald Harrington for re-election and they have filed those nominations with the Secretary of the Board of Directors.

Petitions and information must be received by noon on Friday, February 16, 2018, to be considered. There will be no nominations from the floor at the Annual Meeting and members will vote at that time to elect directors.

*A petition would require 89 signatures to make up one percent of the membership as of November 30, 2017.

Community Matters is a Family Affair at New Dimensions FCU

We are excited to announce that we will open our lobbies for business in mid-June,…