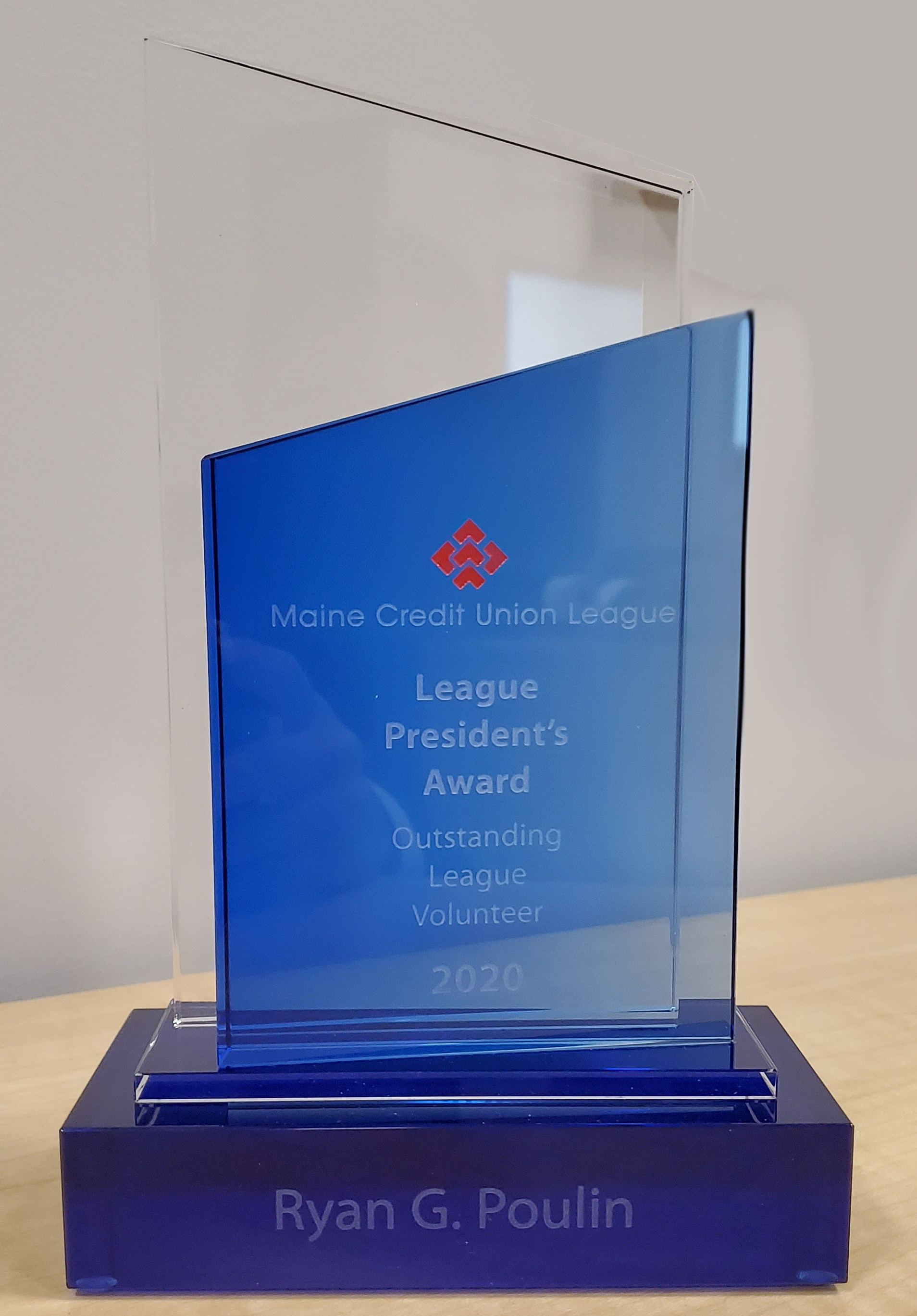 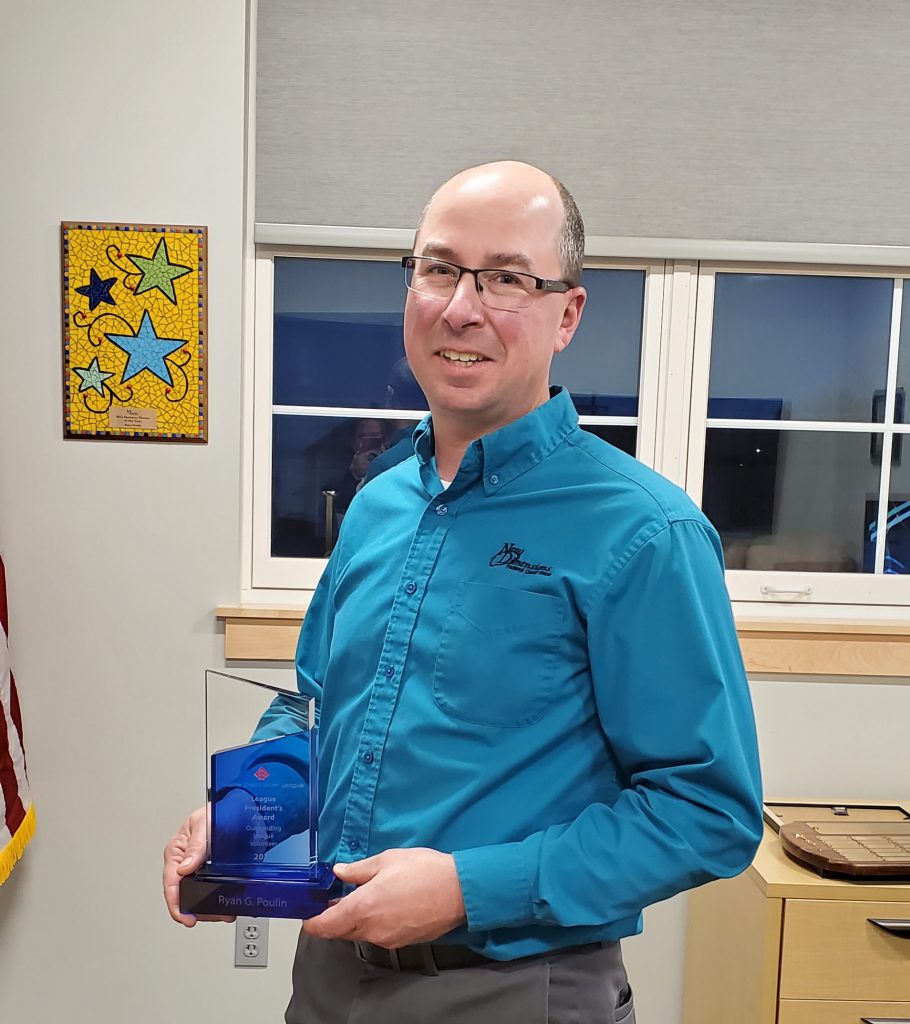 Ryan G. Poulin, CEO has worked tirelessly locally and nationally to benefit the credit union philosophy and the credit union mission. He has participated in, spoken to, and stepped up in several committees and boards, legislative forums, and many other community functions. Todd Mason, President/CEO of the Maine Credit Union League (State Trade Association) stated that “Ryan Poulin is always the first to step up whenever other credit unions need help, he has volunteered on league committees, served as President of the Kennebec Valley Chapter of Credit Unions, and has volunteered for many other positions in his local area as well as throughout the credit union industry. Poulin speaks passionately and has spoken on behalf of the credit union movement at both the state and federal level and is very plugged into the legislative front and governmental affairs. “Ryan is a leader, a motivator, and a visionary.” As Mason declared during his presentation of the award, “Ryan’s dedication and philosophy is contagious with his peers, staff, and board and has been an integral part of the credit union community.”

We are excited to announce that this year’s event raised $11,741.55 for the cancer program.…

Come See us for your Free Credit Report Analysis…

In order to equip our members with the best strategies possible, we have tools and…

Contact Us
Educate. Empower. Evolve.
New Dimensions FCU is committed to the accessibility and usability of our website for everyone. If you are using a screen reader or other auxiliary aid and are having problems using this website, please contact us at (800) 326-6190. All products and services available on this website may not be available at all NDFCU branches.